Some local government leaders in Michigan say the federal stimulus package has been anything but stimulating.

The stimulus package—also known as the American Recovery and Reinvestment Act—was designed to create jobs and spur economic recovery.

"When we talk to local officials across the state, we find that most of them feel that the stimulus has not helped improve their local economies so far, and is unlikely to help them in the future," said Brian Jacob, who directs the Center for Local, State, and Urban Policy at the University of Michigan's Gerald R. Ford School of Public Policy.

The survey includes each of Michigan's 1,856 units of government. Surveys were sent via the Internet and hardcopy to top elected and appointed officials in all 83 counties, 274 cities, 259 villages, and 1,240 townships. About 1,200 jurisdictions in the spring 2009 wave and 1,303 jurisdictions in the fall 2009 group returned valid surveys, resulting in 65 percent and 70 percent response rates by unit, respectively.

Even among officials who are most optimistic about the program—including Democratic leaders, officials whose communities had already received funding in the fall of 2009, and officials from larger jurisdictions—fewer than half believe that it helped improve their local economies.

Local officials, the study noted, tend to be more optimistic about the long-term impact of the stimulus package on the overall state economy rather than on their own local communities.

Early in the stimulus' implementation, nearly half of Michigan officials reported that they felt uninformed about the funding opportunities available to their communities. Among officials who did not apply for stimulus package grants, many indicated lack of information as a primary reason.

In the fall of 2009, about 80 percent of all responding jurisdictions said they hadn't received any stimulus funds through existing formulas (one major stream of funding). Most of these jurisdictions were among the state's smallest communities—those with a population less than 1,500 people. In addition, these smaller communities often did not apply for grant-based funding (the other major stream of funding) due to lack of resources or concerns that too many strings were attached to the funding.

"When we asked local officials in the first MPPS survey about what kinds of external help they need, one of the most common requests was for information about grant opportunities as well as help in seeking grant funding," Jacob said. "These new findings about the ARRA reinforce the need to provide our local governments, particularly the state's smaller jurisdictions, with more help in tapping into available funds."

Among the most important reasons officials cited for believing that the stimulus would not help included concerns that the respondent's jurisdiction would not receive funds, that the money would go to bigger cities, and that the Stimulus Package was a temporary solution to a structural economic problem. 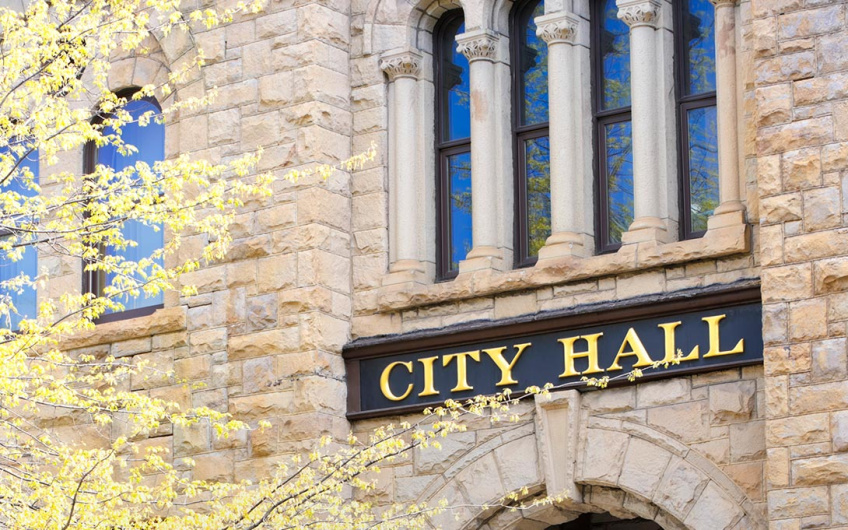